[12160]Monsanto is the world’s leading producer of the herbicide “Roundup”, as well as producing 90% of the world’s genetically modified (GMO) seeds.

Over Monsanto’s 110-year history (1901-2011), Monsanto Co (MON.N), the world’s largest seed company, has evolved from primarily an industrial chemical concern into a pure agricultural products company. MON profited $2 billion dollars in 2009, but their record profits fell to only $1 billion in 2010 after activists exposed Monsanto for doing terribly evil acts like suing good farmers and feeding uranium to pregnant women. Below is a timeline of Monsanto’s dark history.

Monsanto, best know today for its agricultural biotechnology GMO products, has a long and dirty history of polluting this country and others with some of the most toxic compounds known to humankind. From PCBs to Agent Orange toRoundup, we have many reasons to question the motives of this evil corporation that claims to be working to reduce environmental destruction and feed the world with its genetically engineered GMO food crops. Monsanto has been repeatedly fined and ruled against for, among many things: mislabeling containers of Roundup, failing to report health data to EPA, plus chemical spills and improper chemical deposition.

The name Monsanto has since, for many around the world, come to symbolize the greed, arrogance, scandal and hardball business practices of many multinational corporations. A couple of historical factoids not generally known: Monsanto was heavily involved during WWII in the creation of the first nuclear bomb for the Manhattan Project via its facilities in Dayton Ohio and called the Dayton Project headed by Charlie Thomas, Director of Monsanto’s Central Research Department (and later Monsanto President) and it operated a nuclear facility for the federal government in Miamisburg, also in Ohio, called the Mound Project until the 80s. 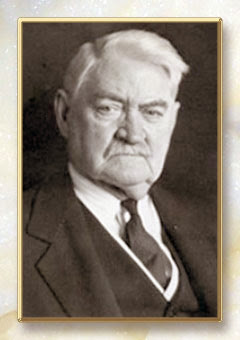 Monsanto is a US based agricultural and pharmaceutical monopoly, Monsanto Company is a producer of herbicides,prescription pharmaceutical drugs, and genetically engineered (GMO) seeds. The global Monsanto corporation has operated sales offices, manufacturing plants, and research facilities in more than 100 countries. Monsanto has the largest share of the global GMO crops market. In 2001 its crops accounted for 91% of the total area of GMO crops planted worldwide. Based on 2001 figures Monsanto was the second biggest seed company in the world, and the third biggest agrochemical company.

Historically Monsanto has been involved with the production of PCBs, DDT, dioxins and the defoliant / chemical weapon ‘Agent Orange‘ (sprayed on American troops and Vietnamese civilians during the Vietnam War). Originally a chemical company, Until the late 1990s Monsanto was a much larger ‘lifesciences’ company whose business covered chemicals,polymers, food additives and pharmaceuticals, as well as agricultural products.

All of these other chemical business areas have now been demerged or sold off. Monsanto sold its chemical business in 1997 to build a presence in biotechnology, developing NON-ORGANIC GMO soybeans and corn (classified as a pesticide and banned in the EU) to resist the poisonous affects of its Roundup herbicide. Monsanto’s key business areas are now agrochemicals, seeds and traits (including GMO crops), Monsanto also produced NutraSweet , a GMO sugar substitute. Monsanto recently sold it’s GMO bovine growth hormones monopoly to Eli Lilly, and sold it’s aspartame business to Pfizer.

Monsanto’s business is currently run in two parts: Agricultural Productivity, and Seeds and Genomics. The Agricultural Productivity segment includes Roundup herbicide and other agri-chemicals, and the Animal Agriculture business. The Seeds and Genomics segment consists of seed companies and related biotechnology traits, and a technology platform based on plant genomics. In reality of course these two segments are inseparable, since the agri-chemicals are becoming increasingly dependent on the seeds segment for sales.

Monsanto traces its roots to John Francisco Queeny, a purchaser for a wholesale drug house at the turn of the century, who formed the Monsanto Chemical Works in St. Louis, Missouri, in order to produce the artificial sweetener saccharin for Coca-Cola.

John Francis Queeny (August 17, 1859 – March 19, 1933) started work at age 12 for a wholesale drug company,Tolman and King. He attended school for 6 years until the Great Chicago Fire forced him, at the age of 12, to look for full-time employment, which he found with Tolman and King for $2.50 per week.

In 1891, he moved to St. Louis to work for Meyer Brothers Drug Company. John was inducted into the Knights of Malta order. His first business, a sulfur refinery in East St.Louis, was destroyed by fire on its first day of operation in 1899. The process of refining beet sugar in 1900, led to Monsanto Corporation’s first artificial sweetener, the following year. Butter substitute, MSG and partially hydrogenated vegetable shortening were all soon to follow.

John Francis Queeny married Olga Mendez Monsanto with whom he had two children, one of whom was Edgar Monsanto Queeny, who would later serve as Chairman. n 1901, John then established his own chemical company to produce the sweetener, saccharin, which was only available in Germany at that time. He named the company Monsanto after his wife´s maiden name, Olga Monsanto Queeny.

Queeny was a member of the Missouri Historical Society and was a director of the Lafayette-South Side Bank and Trust Company. “He was also known for his many endeavors.” [Final Resting Place, p. 83, The St. Louis Portrait, p. 221]

According to the Count in Venice, John Francis Queeny (founder of The Monsanto Company) was a Knight of Malta. Irish-American ROMAN Catholic Queeny (1859-1933) founded Monsanto in 1901 within the Jesuit stronghold of St. Lewis – hosting the Black Pope’s Saint Louis University since 1818.

This is the same year J. P. Morgan, Papal Knight of the Order of Saints Maurice and Lazarus, founded U.S. Steel Corporation and in 1911 would appoint Knight of Malta John A. Farrell as its president. Interesting: Queeny, Morgan and Farrell were all wicked, pope-serving, White Gentiles – not a Jew in the mix!

Robert B. Shapiro was Monsanto’s CEO from 1995 to 2000. The devil’s Great Conspiracy for world government must always appear to be led by Jews, never by the Pope of Rome using select, Masonic “Court Jews” as his underlings!

Upon purchasing G. D. Searle and Company in 1985, Monsanto, via its NutraSweet Company, is the manufacturer of Aspartame, the notorious neuro-toxin sold to the public as an artificial sweetener. Aspartame is the “artificial sweetener” in the soft drink “Diet Pepsi,” Pepisico once employing JFK assassin / FBI liaison to theWarren Commission and Knight of Malta Cartha D. DeLoach.

Monsanto also has strong ties to The Walt Disney Company, with financial backing from the Order’s Bank of Americafounded in Jesuit-ruled San Francisco by Italian-American ROMAN Catholic Knight of Malta Amadeo Giannini in 1904. Disney owns ABC Television Network and its Director Emeritus is Roy Disney (brother of the late Walt Disney) who was inducted into the Knights of St. Gregory during the same ceremony with Fox Network owner Rupert Murdoch. ABC and Fox are both controlled by Rome through brother Knights of the Order of St. Gregory!

While prior to World War I America relied heavily on foreign supplies of chemicals, the increasing likelihood of U.S. intervention meant that the country would soon need its own domestic producer of chemicals. Looking back on the significance of the war for Monsanto, Queeny’s son Edgar remarked, “There was no choice other than to improvise, to invent and to find new ways of doing all the old things. The old dependence on Europe [Hitler's IG Farben in Nazi Germany] was, almost overnight, a thing of the past.” Among other problems, Monsanto researchers discovered that pages describing German chemical processes had been ripped out of library books. Monsanto developed severalpharmaceutical products, including phenol as an antiseptic, in addition to acetylsalicyclic acid, or aspirin.

Under Edgar Queeny’s direction Monsanto, now the Monsanto Chemical Company, began to substantially expand and enter into an era of prolonged growth. Acquisitions expanded Monsanto’s product line to include the new field ofpetrochemical plastics and the manufacture of phosphorus.

Largely unknown by the public, Monsanto experienced difficulties in attempting to market consumer goods. However, attempts to refine a low-quality detergent led to developments in grass fertilizer, an important consumer product since the postwar housing boom had created a strong market of homeowners eager to perfect their lawns.

Under Hanley, Monsanto more than doubled its sales and earnings between 1972 and 1983. Toward the end of his tenure, Hanley put into effect a promise he had made to himself and to Monsanto when he accepted the position of president, namely, that his successor would be chosen from Monsanto’s ranks. Hanley and his staff chose approximately 20 young executives as potential company leaders and began preparing them for the head position at Monsanto. Among them wasRichard J. Mahoney. When Hanley joined Monsanto, Mahoney was a young sales director in agricultural products. In 1983 Hanley turned the leadership of the company over to Mahoney. Wall Street immediately approved this decision with an increase in Monsanto’s share prices.

In 1979 a lawsuit was filed against Monsanto and other manufacturers of agent orange, a defoliant used during theVietnam War. Agent orange contained a highly-toxic chemical known as dioxin, and the suit claimed that hundreds of veterans had suffered permanent damage because of the chemical. In 1984 Monsanto and seven other manufacturers agreed to a $180 million settlement just before the trial began. With the announcement of a settlement Monsanto’s share price, depressed because of the uncertainty over the outcome of the trial, rose substantially.

Evil all about, no doubt. These are very interesting times indeed!

$$$ GENUINE LOAN WITH LOW INTEREST RATE APPLY $$$
Do you need finance to start up your own business or expand your business, Do you need funds to pay off your debt? We give out loan to interested individuals and company's who are seeking loan with good faith. Are you seriously in need of an urgent loan contact us.

eToro is the #1 forex broker for newbie and professional traders.

Thank you for sharing this