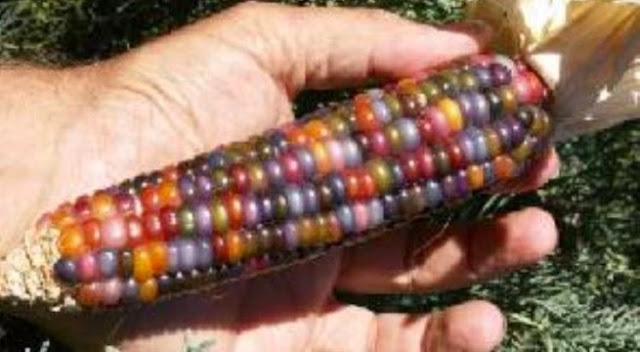 “The economic impact on the lives of farmers will be disastrous. . .The origin of food is seed. Whoever controls the seed control the entire food chain.~~Duke Tagoe of Food Sovereignty Ghana”

[Natural Society]The front lines of the food sovereignty war in Ghana are swelling as the national parliament gives support to the Plant Breeders Bill. This proposed legislation contains rules that would restrict farmers from ancient practices: freely saving, swapping, and breeding seeds. Under new laws protecting the intellectual property rights of biotech, farmers would be subject to hefty fines for growing anything that has been ‘patented,’ even if their crops were cross-pollinated.

The obviously biotech-infiltrated Ghanaian government states that the new laws would “incentivize the development of new seed varieties to ensure the marketability of crops,” but farmers argue it gives rights straight to corporations like Monsanto, and not farmers who have been growing food in Ghana for centuries.

Many activists and trade groups there think that the new laws would simply give Monsanto a way to edge their biotech crops into the Ghanaian market. The bill has been dubbed the “Monsanto Law” for this reason.

It is nothing short of a corporate take-over of the food system – and in Ghana, where 70 percent of food is currently grown by small farms – it would turn an ages-old system of sustainable food supply into a tremendously large economy for biotech.

The Ghana National Association of Farmers and Fishermen states:

“This system aims to compel farmers to purchase seeds for every planting season.”

Duke Tagoe of Food Sovereignty Ghana is well aware of the tremendous debt that farmers in other parts of the world have been subjected to via Monsanto’s seed monopolies:

“The economic impact on the lives of farmers will be disastrous. . .The origin of food is seed. Whoever controls the seed control the entire food chain.”

This is no different than the “Monsanto Protection Act” (H.R. 933) that President Obama signed into law not long ago in the US, even as hordes of Americans urged him not to do so. This is also linked to the UK support of the biotech take-over planned in Africa.

How long will it take for everyone to collectively realize that GMOs are not the answer, that self-sufficient and age-old farming practices can provide the world with food in a tremendously less toxic way?

Ghana say NO to GMO! To accept GMO is to pass a death sentence on Ghana's future. GMO processing poisons not only the soil but the atmosphere as well. It tops the list of man's most wicked invention.

Right you are, Sam, right you are and the whole world is waking up to the fraud that is GMO. IT IS A GLOBAL KILLER, period! A weapon of mass destruction at the max!

Does Kofi Annan still visit home? The war against Monsanto in Ghana and Africa must start with him, he is Monsanto's agent in Africa and Ghana. He personifies Monsanto on the African continent. Know your enemies Ghana!