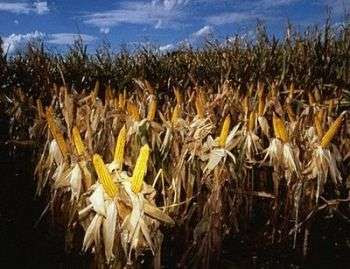 Monsanto, DuPont, Dow, Syngenta and other major GMO agribusiness giants are reported at the heart of AGRA, using it as a back-door to spread their patented GMO seeds across Africa under the deceptive label, ‘bio-technology,’ a euphemism for genetically engineered patented seeds. The person from the Gates Foundation responsible for its work with AGRA is Dr. Robert Horsch, a 25-year Monsanto GMO veteran who was on the team that developed Monsanto’s RoundUp Ready GMO technologies. His job is reportedly to use Gates’ money to introduce GMO into Africa.

To date South Africa is the only African country permitting legal planting of GMO crops. In 2003, Burkina Faso authorized GMO trials. In 2005, Kofi Annan’s Ghana drafted bio-safety legislation and key officials expressed their intentions to pursue research into GMO crops. AGRA is being used to create networks of “agro-dealers” across Africa, at first with no mention of GMO seeds or herbicides, in order to have the infrastructure in place to massively introduce GMO. 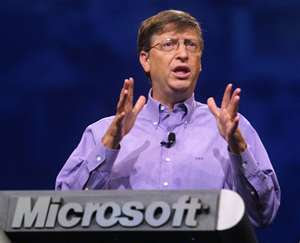 GMO crops have never been proven safe for human or animal consumption. Moreover, they are inherently genetically ‘unstable’ as they are an unnatural product of introducing a foreign bacteria such as Bacillus Thuringiensis (Bt) or other material into the DNA of a given seed to change its traits. Perhaps, equally dangerous are the ‘paired’ chemical herbicides sold as a mandatory part of a GMO contract, such as Monsanto’s Roundup, the most widely used of such herbicide in the world. It contains highly toxic glyphosate compounds that have been independently tested and proven to exist in toxic concentrations in GMO applications far above that safe for humans or animals. Tests show that tiny amounts of glyphosate compounds would do damage to a human umbilical, embryonic and placental cells in a pregnant woman drinking the ground water near a GMO field.

One long-standing project of the US Government has been to perfect a genetically-modified variety of corn, the diet staple in Mexico and many other Latin American countries. The corn has been field tested in tests financed by the US Department of Agriculture along with a small California bio-tech company named Epicyte. Announcing his success at a 2001 press conference, the president of Epicyte, Mitch Hein, pointing to his GMO corn plants, announced, “We have a hothouse filled with corn plants that make anti-sperm antibodies.”

Hein explained that they had taken antibodies from women with a rare condition known as immune infertility, isolated the genes that regulated the manufacture of those infertility antibodies, and, using genetic engineering techniques, had inserted the genes into ordinary corn seeds used to produce corn plants. By this manner, in reality they produced a concealed contraceptive embedded in corn meant for human consumption. “Essentially, the antibodies are attracted to surface receptors on the sperm,” said Hein. “They latch on and make each sperm so heavy it cannot move forward. It just shakes about as if it was doing the lambada.” Hein claimed it was a possible solution to world “over-population.” The moral and ethical issues of feeding it to humans in Third World poor countries, without their knowing it, was left out of his remarks. 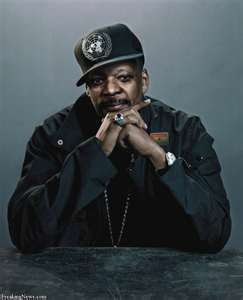 The questions raised by "[s]permicides hidden in GMO corn provided to starving Third World populations through the generosity of the Gates’ foundation, Rockefeller Foundation and Kofi Annan’s AGRA" are many and profound.

1. Isn't GM technology directed beyond third world countries but at all countries in the world, and first and most heavily in the US?

2. Is there a relationship, since the introduction of GM-crops in the US, of how steeply birthrates in the US have fallen?

U.S. birthrates overall are at an all time low. Continuing a 12-year decline, the U.S. birth rate has dropped to the lowest level since national data have been available ...  Bt-corn was introduced in the US in 1996, three years before the dramatic decline began. "Some seven million acres were planted with Bt corn in 1997, with hybrids primarily from Mycogen, Novartis (formerly Ciba), and Northrup King. Mycogen and Novartis both produce pharmaceutical contraceptives.

5. How would researchers begin to answer questions under numbers 3 and 4? when in the US and in many countries, despite consumer demand for labeling, the corporations involved have exerted tremendous pressure to keep GMOs unlabeled and are pushing through Codex to have all GMOs, internationally, unlabeled?

Doesn't keeping GMOs unlabeled undermine in any country in which this is the case, scientists' capacity to trace them epidemiologically and to investigate their impact biologically?

Teen birthrates in the US are inexplicably plummeting. Corporate media, offering no evidence, suggests this is due to the economy, but does not offer a comparison to previous serious economic downturns generating any previous teen birthrates decline. Is there any data showing that teens forgo sex or become more careful about contraception out of concern about jobs? Are unemployed teens, stressed and with time on their hands, more careful, or the opposite?

4. Where did the Epicyte/USDA corn go? To what countries? To the US as well? To US consumers?

Isn't keeping GMOs unlabeled a virtual form of mandating them, since that lack of information leaves a population prey to them? Does a population have a right to sue the government based on such forced exposure? Is there any connection between a current raw milk lawsuit in which the FDA claims the public has no right to choose its food or any right to its health, and the government/corporations creating an additional means of trapping the public into consuming GMOs?

6. With what other products do manufacturers claim a range of astounding superior qualities (huge yields, ability to compensate for global warming, ....) while marketing them rapidly and aggressively, and yet want them kept unlabeled?

The FDA approved GMOs and kept them unlabeled while Monsanto lawyer Michael Taylor was there, bypassing the requirement for safety tests on human beings. Keeping GMOs unlabeled has meant that the only arena for study has been crop yield data (studies are showing that the biotech claims are exaggerated) and animal studies, but non-labeling has ensured there is little information on human impact. The FDA did not follow the law in providing pre-marketing tests for human safety in consuming GMOs, and by keeping them unlabeled, has ensured that post market safety testing is nearly impossible.

Meanwhile, GE-corn, GE-soy, GE-cotton seed oil, GE-canola, are in most processed foods in the US. Consumers have little idea they are there, little means to distinguish them from other items, and they were never tested for safety for human consumption. Yet studies in animals repeatedly show severe organ damage and infertility/sterility.

7. If the USDA is funding the creation of a corn crop that sterilizes, is it not committing a crime by poisoning those who are on the receiving end? And according to the UN, is it not also committing genocide, a crime against humanity, in damaging the reproductive ability of any group?

But the UN appears to operate on two levels, one that sets international standards for moral/legal behavior and one that is complicit in immoral/illegal acts. The UN itself is involved in forced sterilization and is interested in accelerating fertility decline in the least developed countries. The UN is also impacted by "the generosity of the Gates’ foundation, Rockefeller Foundation and Kofi Annan’s AGRA."

The USDA was also involved in developing terminator seeds as were the Rockefellers who have a long history of eugenics and genocide and are the developers of genetic engineering. In developing corn that sterilizes, has the USDA, in fact, also now developed "terminator food"?

Food is defined as "any nourishing substance that is eaten, drunk, or otherwise taken into the body to sustain life, provide energy, promote growth, etc. and by Webster as "material consisting essentially of protein, carbohydrate, and fat used in the body of an organism to sustain growth, repair, and vital processes and to furnish energy."

But based on the incontrovertible harm done to animal organs as animals eat GMOs, do GMO-crops even meet the definition of "food" for animals since they do not sustain life, repair or vital processes, but the opposite?

And if one assumes that "sustaining life" encompasses reproduction, a basic human function that is the very basis of life itself, does the USDA's funding of GMOs to sterilize human beings indicate that GMOs for human beings do not meet the basic definition of "food"?

9. While the biotech companies have balked at labeling GMOs as a means of foisting them upon the world - untested and unknown - there appears a larger problem for them now. The corporations have gotten GMOs into the market and patented them, using the legalism of "substantial equivalence" to normal organisms, but at the more complex biologic level of food itself, don't GMOs transparently fail to meet the definition and/or the biologic function of actual food, since they do not sustain life? And does that make labeling of GMOs truly complex at that point?

10. If GMOs are not "food" by essential biologic criteria and are being designed by the US government and private corporations to damage or end the continuation of life, then would the GMO label more appropriately be considered weapon?