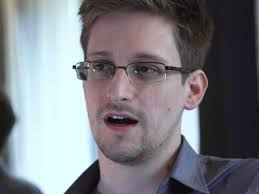 "By putting light on this monitoring program – conducted in contravention of national laws and international agreements – Edward Snowden has helped to make the world a little bit better and safer…. He has also shown that individuals can stand up for fundamental rights and freedoms”~~Stefan Svallfors, professor of sociology at Umea University in Sweden

Former NSA contractor Edward Snowden, who exposed America's worldwide espionage activities in May, has been nominated for the 2013 Nobel Peace Prize.

Stefan Svallfors, professor of sociology at Umea University in Sweden, in an open letter to the Norwegian parliament, nominated the American whistleblower who revealed the existence and extent of the surveillance by the US government worldwide.

"This example is important because since the Nuremberg trials in 1945, it has been clear that the slogan 'I was just following orders' is never claimed as an excuse for acts contrary to human rights and freedoms," said Svallfors.

Snowden leaked information on massive surveillance programs by the NSA, including a major program known as PRISM used for tracking the use of US-based web servers by Americans and other nationals.

The sociology professor went on to urge the Nobel Committee to consider awarding the prize to Snowden.

"It would show its willingness to stand up in defense of civil liberties and human rights, even when such a defense be viewed with disfavor by the world’s dominant military power," Svallfors concluded.

The Nobel Peace Prize was created by the efforts of the Swedish industrialist Alfred Nobel in 1901, and is awarded annually to the person or group that has done the most or the best work for fraternity between nations, for the abolition or reduction of standing armies and for the holding and promotion of peace congresses.

Republished with permission from: Press TV

Now, won't it be nice the day pigs fly... but seriously, it'd be a great showing and some most appropriate lesson in humility for America. I am one who always held the Nobel should be put up for universal vote via the Internet. It'd have been what Alfred Nobel would wish in this day and age. Hey, Mike Rivero, Ranger-In-Chief, put up a poll @WRH, somebody push that pedal for Snowden. Make some noise! Bumper stick it "Snowden for Nobel!" Whatever best you can do! Make it the day pigs flew. I think us both, we owe Snowden big time~~~Egoigwe.

The Nobel prize? Since when did it stop being a tin foil medallion? I think it does Snowden's project more harm than good.

I don't think it'll be about a tin foil as much as making Snowden an equal to Obama in the eyes of those who still revers the Nobel.

It also confers some immunity on Snowden by making him a citizen of the world.

If Snowden gets the Nobel, it'd be a poke in the eyes of Obama's administration that would leave them red for quite a long while.

The more I think about it, the more I get to like the idea tremendously.

I couldn't agree more Sybil, and quite frankly I can't wait to have a really good laugh on Obummer :)

Lets make it happen folks, best present to give the good ol'chap.