Nigeria: When you look in the mirror... 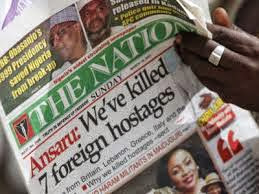 Suddenly, they are no longer armed robbers. Your son is now a rebel with a cause! Don’t matter what you call it; Boko Haram, MEND, OPC, MASSOB whoever, whatever. There are plenty of causes to die for or make plenty of money from while trying hard to die. So soon, they are celebrities grabbing headlines. A somebody. A dream come true! Then BANG! It is no more. Just a dead dream.~~ Michael .O. Dibiaezue

I look at our youth and I’m so despondent. Nigeria has never had it so bad. The giant of Africa is such a joke. And we were never like this. Seventy-nine percent of medical practitioners in the United States are Nigerians. They are not considered by our youth examples worth emulating. They think D’banj and 2-face. Genevieve and Omo Sexy. The adventurous ones turn Ade Bendel/Fred Ajuduah wannabes or Aninih/Osunbor James Bond daredevils. How did it get so bad? 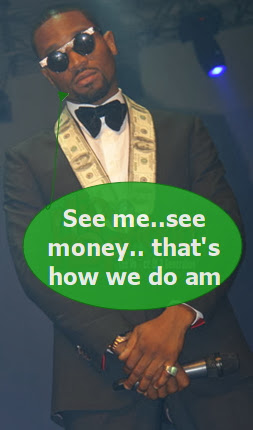 D'banj and his lapel made of dollars suit

Defiant. They show it. Perverts in schools, killers at the bar. A gun in your face or a missing daughter. Body parts and the magic of wealth. Culture shock. It’s not Africa, not Nigeria. They turned their backs a long time ago because we refused to listen. It is our demons that did this to them. They found decadence abroad and at home; beautiful kids ensnared. 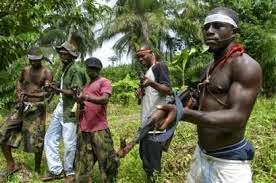 Defiance. They apply examples from their environment in expressing it. Screw school, D’banj go school? Abeg, give me that thing make I smoke. Shock therapy. Players and actors, making believe. A game played with lethal consequences. A play staged from fury. A script written in blood. An army waiting to be called upon. And now, dogs of war and mayhem unleashed. My country is being infiltrated by an army bred from all our decadence, an army abused, molested and abandoned stares at us through a bloody haze. Red in the eyes and dripping blood. An army being conscripted from within, our very own, to slaughter and mutilate us. And we do not even see them coming. 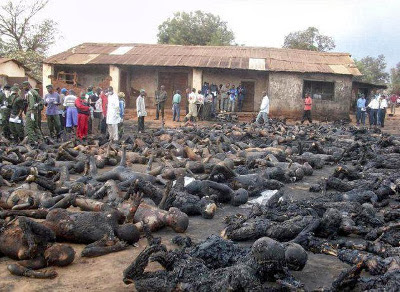 Our Northern leaders and elite failed their youth but so did the South. I am terrified because our youth have found a vent; a release that deflates into unspeakable terror. They come for us; a throwback of the demons we infected them with. It is not anger but a joyful suicidal streak bred from a welcomed insanity; because we made them mad. 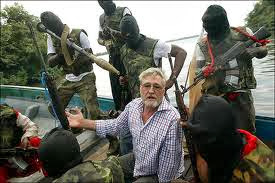 It is the picture of a future, our future. Drug lords, scammers and armed robbers. Arsonists, bombers and murderers. Gunrunners, addicts of all forms and rapists. Youth laid waste. Societal degenerates. Children of the streets. Raped by demons of the night, even as they prayed to die. Behold our inheritors and descendants! A reflection of all our future names. And we dare to say it is their fault? Truly, we have no shame. Look in the mirror and see they have become you. 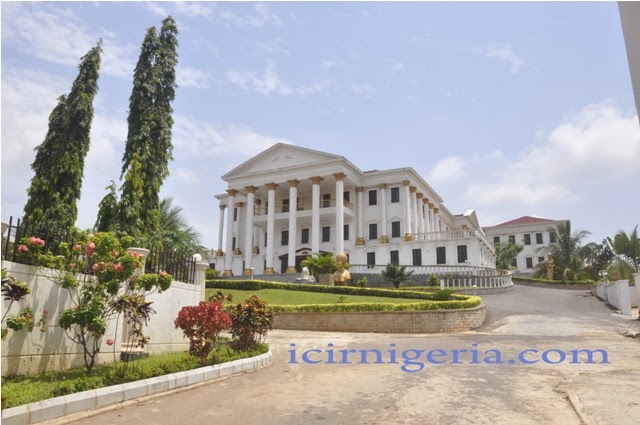 Signature House
in Abuja
They know the source of your wealth. They know Daddy stole government money big time! No, scratch that, they know Daddy stole his people's money big time! You know they know. And yet, you wonder at what they call you??? You buy them choice presents, they giggle and hug. They want to be like Daddy. They know they will be called thieves but who cares? Look in the mirror, they are who you are! 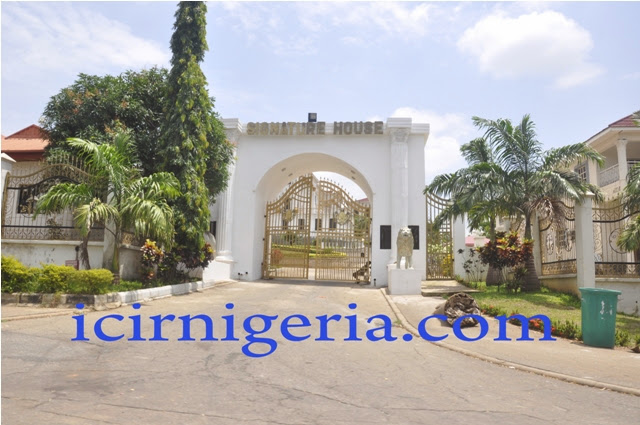 Why do you think they do not have the right to make that choice, to be like Daddy? Where do you find the moral clout to tell them they can’t steal from their mates or from the old lady next door??? You didn’t have the guts to rob a bank, why won’t they pull one better over you??? They don’t see that they are any different from you, just better. Yes, they consider themselves better men; they did that you couldn’t do! Look in the mirror, it’s you on steroids!!! 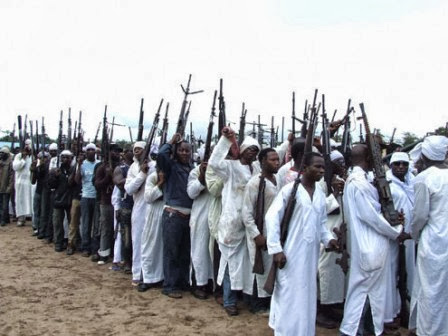 Suddenly, they are no longer armed robbers. Your son is now a rebel with a cause! Don’t matter what you call it; Boko Haram, MEND, OPC, MASSOB whoever, whatever. There are plenty of causes to die for or make plenty of money from while trying hard to die. So soon, they are celebrities grabbing headlines. A somebody. A dream come true! Then BANG! It is no more. Just a dead dream. 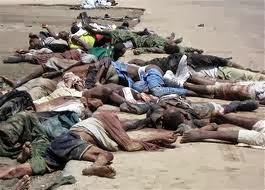 And you wonder, how did my boy get to be and die like that? You hypocrite!!! But of course, you are no thief. Just some smart guy. It’s not like you are a convict or stuff like that. You have never been arrested or even accused of theft for that matter. You have loads of money to write your own history with. You have the ‘citations’ and ‘trophies’ that say who you are. Meritorious discharge and the fake ‘Rolex’ presented to you by a greater crook and thief: your boss. How dare anyone call you a thief! 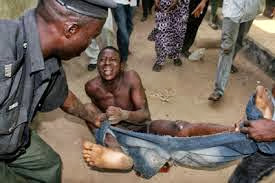 It must be from his mother’s end; this type of thing is not in our genes or our family. And it’s true, look at him; he’s Rosa’s carbon copy. See his nose now. After all, when I keep N15 million in her account, Rosa will tell me it’s 14 and that she spent another N3 million to keep the boys quiet. I swear, that wife of mine is a real first class rogue. The kettle never called the pot black, it was the water that did. Na true bros, na water talk am. 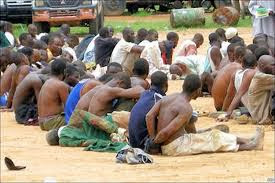 But still, you have to come; to bury a son. You must come down the aisle, to the place your son lays. You must walk through the parade and see the faces. Faces that know who you are, not there to sympathize but to mock the irony of the life you led. My beloved country, my brothers, my sisters, sorry for your loss. 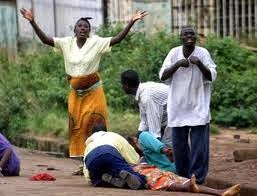 May the soul of our dearly departed rest in peace... Amen!

Everywhere one looks in Nigeria they are bleeding my country dry. Nigeria is comatose from all the theft that happens in government circles. Corruption is a way of life, just like in the American Congress and Obama's administration. It is almost irredeemable. Again like the American Congress our politicians love to speak from both sides of the mouth. It is just so crazy the corruption. The only country where you find a Minister buying 2 BMW cars for $1.6 million and still being retained in office! Na wa o!!!

Na wa my brother! It can only happen in Nigeria and they say Nigeria broke? Money no dey to pay lecturers, money no dey to build refinery, to fix our roads, to pay doctors, to provide pipe borne water, to generate electricity, for health care and good hospitals. It no go better for them!