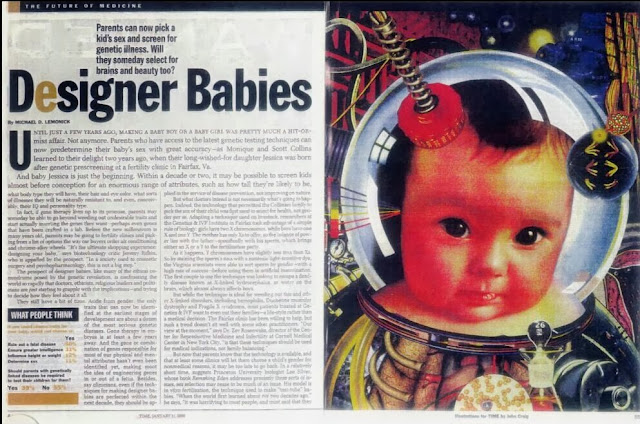 ”Given the current regulatory void in the United States and the paucity of safety data, allowing scientists to experiment with creating permanent changes to the human genome is a genie that must be kept in the bottle.”~~ BTI

[The 4th Media] Human gene therapy has been ongoing since 1990, but most of that involved non-heritable genes, called somatic (non-sex cell) gene therapy. Somatic modifications only affect the individual and are not passed on, and so do not affect the human genome.

The game changed with the successful birth of at least 30 genetically modified babies by 2001. Half of the babies engineered from one clinic developed defects, so the FDA stepped in and asserted jurisdiction over “the use of human cells that receive genetic material by means other than the union of gamete nuclei” (sperm and egg nuclei).

Now the FDA is considering going forward with “oocyte modification” which involves genetic material from a second woman, whereby offspring will carry the DNA from three parents. These kinds of genetic changes (“germline modification”) alter the human genome.

With ooplasmic transfer, the technique injects healthy mitochondrial DNA from a donor into the egg of an infertile woman. Mitochondrial DNA floats outside a cell’s nucleus which contains the regular DNA, and is only inherited from the mother.

This is the first such meeting ever to be held in public by the FDA, reports Biopolitical Times(BPT), speculating that the meeting will likely include discussing a mitochondrial replacement technique developed by Shoukhrat Mitalipov at Oregon Health and Science University (OHSU).

Notes the BPT, “mitochondrial replacement is a form of inheritable genetic modification.” This type of gene therapy is the source of much controversy, because it permanently changes the human genome and risks unforeseeable changes in growth and development, and aging. 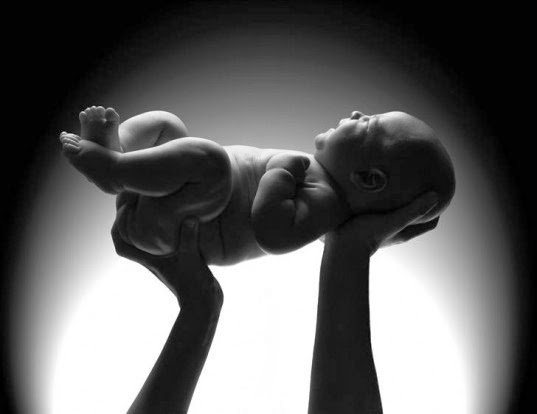 As late as 2008, all germline modification therapies and enhancements were banned in 83% of the 30 nations making up the OECD (Organization for Economic Cooperation and Development), including the US and UK, reports the Center for Genetics and Society (CGS).

In June of this year, the United Kingdom reversed its long-standing policy against germline modification, and decided to go ahead with three-parent babies. Regulations on the procedure are now being drafted and Members of Parliament are expected to vote on the issue in 2014.

“Most people strongly support therapeutic applications of genetic science, but they also realize that the manipulation of inheritable genetic traits crosses a consequential barrier. In the great majority of instances, couples at risk of passing on a serious genetic disease can ensure that their child is disease-free by means of medically-related trait selection, thus obviating the need for the far more complex and risk-prone intervention that germline modification would entail.”

“Germline enhancement has also been seriously proposed as a means of creating people with such novel cognitive, psychological, and behavioral traits that they would constitute a new, ‘post-human’ species, incapable of interbreeding with ‘normal’ humans.”

Paul Knoepfler, Associate Professor of Cell Biology and Human Anatomy at the University of California, Davis School of Medicine, commented that:

“Moving one oocyte nucleus into the enucleated oocyte of another person could trigger all kinds of devastating problems (most likely through epigenetic changes) that might not manifest until you try to make a human being out of it. Then it’s too late.” 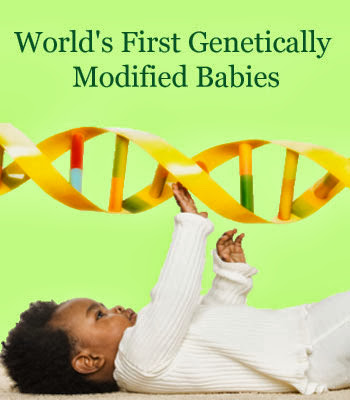 BPT shares in this opposition:

“If the FDA gives the OHSU researchers a green light to move towards human clinical trials, it will be the first instance of regulatory approval for human germline modificationever, anywhere in the world.

”Given the current regulatory void in the United States and the paucity of safety data, allowing scientists to experiment with creating permanent changes to the human genome is a genie that must be kept in the bottle.”

As with genetically modified crops, a host of unforeseen and deleterious consequences may develop when we begin modifying humans with genes their children will inherit. GM feed is linked with infertility and spontaneous abortions in livestock, and crops modified to be insecticidal are linked to declining pollinator populations, especially bees, moths and bats.

But another argument against germline modification is that it will lead to designer babies and a new class of underdogs – those who cannot afford genetic enhancement.

Eugenicists and futurists like Ray Kurzweil (The Singularity Is Near, 2006) foresee and welcome the convergence of the NBIC fields that can improve human performance: nanotechnology, biotechnology, information technology and cognitive science.

In 2001, over 50 policy makers and scientists from a range of fields contributed to a National Science Foundation-sponsored workshop on converging NBIC technologies.

In re-opening the allowance for GM babies, whose genetic changes will be passed on to future generations, the FDA is taking the next steps toward toeing the line on genetic human enhancement.

In addition to accepting written comments, the FDA, in collaboration with the Office of Cellular Tissue and Gene Therapies Center for Biologics Evaluation and Research, will also provide a free webcast of the two-day discussion. The meeting may be rescheduled without notice, the FDA warns.

I get really sick reading stuff like this especially because they are true. Our world is so screwed!