US false flag in Kenya to preserve “The Petro-Dollar”? 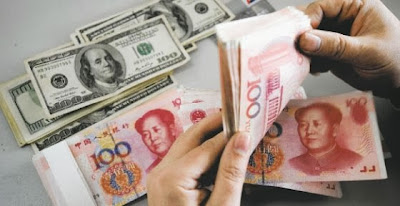 "Did you realize that this false flag attack in the mall in the African nation came less than 2 days after Kenya announced that it would host the 1st Yuan clearing house? This would allow African nations to circumvent dollar transaction! Now you can see the reason that the President of Kenya is telling his close advisers that America and Israel are to blame"~~ Hiram

[Real Liberty Media] Kenya wants to host a clearing house for China’s yuan currency – a bold African first that would deepen the continent’s ties with Beijing, already a big investor from The Cape to Cairo. Such a venture would not eclipse the dollar in Africa anytime soon, however, because the yuan is tightly managed and traders are wedded to the greenback’s flexibility. Africans can already get quotes for their currencies against the yuan . A clearing house would cut the need for dollar settlements, speed things up and reduce costs.

But the real prize for Kenya, or any other African host, would be the symbolism of being the continent’s business gateway with Asia’s economic emperor, even if business starts modestly. Such an exchange would also be the first outside Asia. Its prospect is a measure of China’s challenge to Africa’s traditional partners in Europe and the United States and reflects the increasing attractions of a continent with some of the world’s fastest growing economies.

“Even if the benefits to business have probably been slightly overblown by diplomats on both sides, I don’t think you can understate the symbolic aspect,” said Shilan Khan, Africa economist at London-based Capital Economics. China’s ties with Africa have expanded fast. In 2012, the total volume of China-Africa trade reached $198.49 billion, a rise of 19 percent over the previous year, Chinese government figures show.

China accounted for 18.1 percent of Africa’s total trade volume in 2012, up from 3.8 percent in 2000. “The proposal is basically to consider Kenya favourably given that the financial market is deep here,” Kenyan Finance Minister Henry Rotich told Reuters in August, citing rivals such as Nigeria, which already holds some reserves in yuan.

South Africa had a financial centre that dwarfs Kenya’s and has been mooted as a potential host, though officials there have not said they are pursuing such a plan. “We are sort of competing and at the end of the day, the Chinese government is the one to decide where this clearing house will be,” Rotich said, making his pitch for east Africa’s biggest economy which aims to become a financial hub.

Early signals look good for Kenya. “We are very positive about this clearing house and I think it is very important for Kenya to set up a financial hub here and to process the Chinese currency renminbi,” China’s ambassador to Kenya, Liu Guangyuan, told Reuters on the sidelines of a conference in Nairobi on Wednesday.

The value of potential business through such a clearing house was still a subject of discussion, he said. Kenya’s daily turnover of foreign exchange is $330 million to $370 million, sometimes rising to $500 million. Highlighting Nairobi’s enthusiasm for a clearing house based in Kenya’s central bank, President Uhuru Kenyatta made his bid for Beijing’s backing during a visit to China in August. Business between Kenya and China is growing, even if Europe is still a bigger trade partner.

Kenya’s Equity Bank, for example, has opened a branch in Nairobi for Chinese business executives, complete with Chinese tellers serving them. “Everyone is trying to clinch a deal to directly clear and settle yuan transaction with the People’s Bank of China,” said an official at a Chinese state think-tank that often advises Beijing on policy, speaking about Africa’s clearing house plans.

Most wars are based on economic reasons. This is true for most blackops programs and subterfuge. Clearly the bombing of the mall in Kenya was designed to send a message to Uhuru, just like the accusations levelled against him and his Deputy before the Court at Hague. Its all concert, a showing of Empire clout.

The difference is that China brings value to nations it intends to do business with. Its good intentions are always on show for people to see. America on the other hand pursues economic considerations with devastation, blackmail and commands.

There are no economic benefits that accrue to nations whose natural resources America desires. It is always an abusive relationship that leaves the said nation with no other choice but that of rebellion and resistance or total capitulation and the suppression of its citizens.

This in turn leads to dictatorial tendencies that do not augur well for democracy. America deals by way of conquest and resentment to this will grow, likewise resistance. In the end, America and Americans will be unsafe as its enemies grow.

America and Israel are suffocating the world. This cannot be allowed to continue for much longer. Soon things must come to a head, one way or another, and real soon too.

eToro is the ultimate forex broker for new and advanced traders.