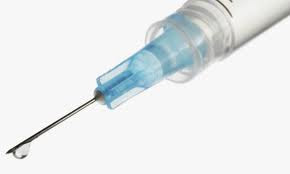 (NaturalNews) If you haven't yet realized the truth about how vaccines contain hidden cancer viruses, prepare yourself to be shocked by the admission you're about to hear. Decades ago, one of the most prominent vaccine scientists in the history of the vaccine industry -- a Merck scientist -- made a recording where he openly admitted that vaccines given to Americans were contaminated with leukemia and cancer viruses.

In hearing this admission, his colleagues (who are also recorded here) break into laughter and seem to think it's hilarious. They then suggest that because these vaccines are first tested in Russia, their side effects will help the U.S. win the Olympics because the Russian athletes will all be "loaded down with tumors."

For the record, this is the same vaccine that was given to tens of millions of Americans and promoted by the government. To this day, people still carry these hidden cancer viruses which have proven to be a boon to the cancer industry.

Why vaccine scientists lie to the public

The presence of SV40 cancer viruses in vaccines isn't some conspiracy theory, by the way: these are the words of a top Merck scientist who probably had no idea that his recording would be widely heard across the internet one day. He probably thought this conversation would remain a secret forever. When asked why this didn't get out to the press, he replied "Obviously you don't go out, this is a scientific affair within the scientific community."

Dr. Horowitz: Listen now to the voice of the world's leading vaccine expert Dr Maurice Hilleman, Chief of the Merck Pharmaceutical Company's vaccine division relay this problem he was having with imported monkeys. He best explains the origin of AIDS, but what you are about to hear was cut from any public disclosures.

Dr Maurice Hilleman: and I think that vaccines have to be considered the bargain basement technology for the 20th century.

Narrator: 50 years ago when Maurice Hilleman was a high school student in Miles City, Montana, he hoped he might qualify as a management trainee for the local JC Penney's store. Instead he went on to pioneer more breakthroughs in vaccine research and development than anyone in the history of American medicine. Among the discoveries he made at Merck, are vaccines for mumps, rubella and measles…

Dr Edward Shorter: Tell me how you found SV40 and the polio vaccine.

Dr Maurice Hilleman: Well, that was at Merck. Yeah, I came to Merck. And uh, I was going to develop vaccines. And we had wild viruses in those days. You remember the wild monkey kidney viruses and so forth? And I finally after 6 months gave up and said that you cannot develop vaccines with these damn monkeys, we're finished and if I can't do something I'm going to quit, I'm not going to try it. So I went down to see Bill Mann at the zoo in Washington DC and I told Bill Mann, I said "look, I got a problem and I don't know what the hell to do." Bill Mann is a real bright guy. I said that these lousy monkeys are picking it up while being stored in the airports in transit, loading, off loading. He said, very simply, you go ahead and get your monkeys out of West Africa and get the African Green, bring them into Madrid unload them there, there is no other traffic there for animals, fly them into Philadelphia and pick them up. Or fly them into New York and pick them up, right off the airplane. So we brought African Greens in and I didn't know we were importing the AIDS virus at the time.

Miscellaneous background voices:…(laughter)… it was you who introduced the AIDS virus into the country. Now we know! (laughter) This is the real story! (laughter) What Merck won't do to develop a vaccine! (laughter)

Dr Maurice Hilleman: So what he did, he brought in, I mean we brought in those monkeys, I only had those and this was the solution because those monkeys didn't have the wild viruses but we…

Dr Edward Shorter: Wait, why didn't the greens have the wild viruses since they came from Africa?

Dr Edward Shorter: but they had the ones that they brought from the jungle though...

Dr Maurice Hilleman: …yeah, they had those, but those were relatively few what you do you have a gang housing you're going to have an epidemic transmission of infection in a confined space. So anyway, the greens came in and now we have these and were taking our stocks to clean them up and god now I'm discovering new viruses. So, I said Judas Priest. Well I got an invitation from the Sister Kinney Foundation which was the opposing foundation when it was the live virus…

Dr Albert Sabin: …there were those who didn't want a live virus vaccine… (unintelligible) …concentrated all its efforts on getting more and more people to use the killed virus vaccine, while they were supporting me for research on the live viruses.

Dr Maurice Hilleman: So now I got to have something (laughter), you know that going to attract attention. And gee, I thought that damn SV40, I mean that damn vaculating agent that we have, I'm just going to pick that particular one, that virus has got to be in vaccines, it's got to be in the Sabin's vaccines so I quick tested it (laughter) and sure enough it was in there.

Dr Maurice Hilleman: … And so now…

Dr Edward Shorter: …so you just took stocks of Sabin's vaccines off the shelf here at Merck…

Dr Maurice Hilleman: …yeah, well it had been made, it was made at Merck…

Dr Edward Shorter: You were making it for Sabin at this point?

Dr Maurice Hilleman: …Yeah, it was made before I came…

Dr Edward Shorter: What did he say?

Dr Maurice Hilleman: …well he said basically, that this is just another obfuscation that's going to upset vaccines. I said well you know, you're absolutely right, but we have a new era here, we have a new era of the detection and the important thing is to get rid of these viruses.

Dr Edward Shorter: Why would he call it an obfuscation if it was a virus that was contaminating the vaccine?

Dr Maurice Hilleman: …well there are 40 different viruses in these vaccines anyway that we were inactivating and uh,

Dr Edward Shorter: but you weren't inactivating his though…

Dr Maurice Hilleman: …no that's right, but yellow fever vaccine had leukemia virus in it and you know this was in the days of very crude science. So anyway I went down and talked to him and said well, why are you concerned about it? Well I said "I'll tell you what, I have a feeling in my bones that this virus is different, I don't know why to tell you this but I …(unintelligible) …I just think this virus will have some long term effects." And he said what? And I said "cancer". (laughter) I said Albert, you probably think I'm nuts, but I just have that feeling. Well in the mean time we had taken this virus and put it into monkeys and into hamsters. So we had this meeting and that was sort of the topic of the day and the jokes that were going around was that "gee, we would win the Olympics because the Russians would all be loaded down with tumors." (laughter) This was where the vaccine was being tested, this was where… so, uhh, and it really destroyed the meeting and it was sort of the topic. Well anyway…

Dr Edward Shorter: Was this the physicians… (unintelligible) …meeting in New York?

Dr Maurice Hilleman …well no, this was at Sister Kinney…

Dr Maurice Hilleman: …and Del Becco (sp) got up and he foresaw problems with these kinds of agents.

Dr Edward Shorter: Why didn't this get out into the press?

Dr Maurice Hilleman: …well, I guess it did I don't remember. We had no press release on it. Obviously you don't go out, this is a scientific affair within the scientific community…

Voice of news reporter: …an historic victory over a dread disease is dramatically unfolded at the U of Michigan. Here scientists usher in a new medical age with the monumental reports that prove that the Salk vaccine against crippling polio to be a sensational success. It's a day of triumph for 40 year old Dr. Jonas E Salk developer of the vaccine. He arrives here with Basil O'Connor the head of the National Foundation for Infantile Paralysis that financed the tests. Hundreds of reporters and scientists gathered from all over the nation gathered for the momentous announcement….

Dr Albert Sabin: …it was too much of a show, it was too much Hollywood. There was too much exaggeration and the impression in 1957 that was, no in 1954 that was given was that the problem had been solved, polio had been conquered.

Dr Maurice Hilleman: …but, anyway we knew it was in our seed stock from making vaccines. That virus you see, is one in 10,000 particles is not an activated… (unintelligible) …it was good science at the time because that was what you did. You didn't worry about these wild viruses.

Dr Edward Shorter: So you discovered, it wasn't being inactivated in the Salk vaccine?

Dr Maurice Hilleman: …Right. So then the next thing you know is, 3, 4 weeks after that we found that there were tumors popping up on these hamsters.

Dr. Horowitz: Despite AIDS and Leukemia suddenly becoming pandemic from "wild viruses" Hilleman said, this was "good science" at that time.

Get it yet? Vaccines are the SOURCE of our modern-day epidemics of chronic disease. There is a dark, deadly truth about the vaccine industry, the CDC and vaccine scientists everywhere. The truth is that vaccines are the vector by which cancer and other diseases are spread through the human population.

The rise of many diseases -- such as cancer -- correlates very strongly with the rise of mandatory vaccinations around the world.

There is a critically important book that shatters the vaccine myths we are still being told by the medical establishment. That book is called Dissolving Illusions: Disease, Vaccines, and The Forgotten History by Dr. Suzanne Humphries.

Get this book and be blown away by what you find inside. The data presented in the multitude of charts destroy the false narrative of modern-day vaccine pushers.

Also check out the related website, which includes many of the charts and graphs from the book:
Dissolving Illusions

Lord No! Look for how long they set this up! Killing and poisoning us and our kids both. And no-one took any notice? No-one!

I feel so sick!

what do they really want? this can't be good at all.