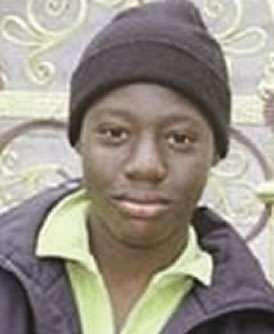 Umar Farouk Abdulmutallab, the so-called "Nigerian Al-Qaeda Bomber,” set off enough alarms to wake up the international security structure around the world, but they all waved him through to Detroit, a new Saharareporters investigation has revealed. The first flag should have gone off when Umar bought his ticket in Accra, Ghana, on 16 September. Stepping off the street into the KLM offices, he offered no address and no telephone number. In effect, he was a ghost breezing in to buy a ticket to be routed Lagos-Amsterdam-Detroit-Accra. And no, not with a credit or debit card either, and certainly not by a cheque: the foreign national was paying the full price of the ticket—all $2,831 (USD)—in cold, hard, non-ghostly cash.

Sure, why not, said KLM: window or aisle?

The airline then did something even more curious: It did not inform the US authorities despite a standing regulation that all such cash transactions for flights into the country since 911 should be transmitted 30 days before departure. No KLM official reported seeing or doing business with a ghost.

The Lagos KLM office confirmed to us that Abdulmutallab did cancel the ticket he had bought in Ghana on the 16th, rerouting it to Lagos-Amsterdam-Detroit-Lagos. This debunks the initial report that Farouk had bought a one-way ticket to Detroit. 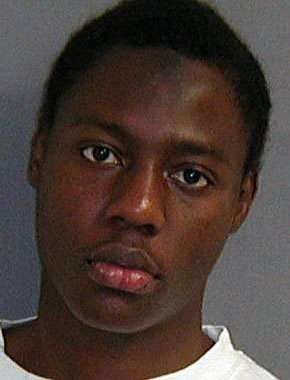 Such travelers are not necessarily unusual, but Abdulmutallab was a cash-paying ghost whose own father had earlier confessed his fright and worry to the United States. Traveling with just the smallest of personal cabin bags should have pushed another alarm.

But KLM officials simply scanned Abdulmutalab’s passport and United States of America tourist visa, which was issued in the United Kingdom. They ran him through the Advance Passenger Information System (APIS) and the United States certified he was clean to travel to the country. KLM checked the ghost—who would turn out to have hidden thunder and brimstone in his loins—through to Detroit. For the Amsterdam-Detroit stretch, martyr-to-be Abdulmutallab chose seat 19A, ominously next to the wing and above the aircraft’s fuel tank.

Aviation security sources at the first screening area recall Abdulmutallab as being somewhat nervous and sweaty while he was there; he had joined a VIP lane--perhaps instinctively because that is probably how he had traveled all his life--and had to be told to join the regular line. At this point, said one source, “he left the long queue leading to the immigration/SSS point and visited the former Virgin Atlantic office, returning with a newspaper before presenting himself for screening."

In the departure area, Abdulmutallab’s passport was scanned first by the State Security Service (SSS), which also processed him through the SSS datalist, a document often used by the Nigerian government to stop members of the opposition or people with views contrary to that of the government from entry or exit from Nigeria.

Passing that “test,” Abdulmutallab was then passed on to Nigerian Immigration authorities, which scanned his Nigerian Machine Readable Passport number A3921640. They processed him through the Passenger Registration System, which indicated he posed no security threat and was not listed on any “bar” list.

At the Aviation Security desk, sources and CCTV images indicate that after dropping his shoulder bag on the X-ray screening machine, Abdulmutallab set off the walk-through machine alarm. He was then sent back to remove his sneakers, following which he walked through successfully the second time. Then, in line with standard procedure, he was given a pat down and let go. Curiously, however, the Nigerian aviation officials did not include the setting-off of the alarm in the initial official report.

Also of interest is that sources indicate that an officer of the Nigerian Drug Law Enforcement Agency (NDLEA) briefly spoke to Abdulmutallab in a local language after he left the security screening post. This is common in Nigerian airports, arising from primordial sentiments, class status and in many cases, fragrant violation of security procedures as officials attempt to extort money from air travellers.

At the boarding gate, Abdulumutallab went through a secondary screening, conducted by KLM security, before being allowed into the aircraft en route Amsterdam. His name was included in the post departure manifest under serial number 2 and a secondary detail sent to Amsterdam and the American leg of what would become a historic terror trip.

This level of incompetence is unprecedented in the history of aviation security. It is not incompetence but conspiracy, treasonous conspiracy. For a guy bearing a Nigerian passport to breeze, or should I say float, through all the checks put in place for exactly this kind of event is impossible without help. And the only help that could have made it possible, on through to Detriot, must have come from some U.S Embassy or Consulate official. The trend fuels my belief that this was a false flag operation beyond doubt~Egoigwe

Something is definitely amiss and it would seem US corroboration was indeed necessary to see Abdulmutallaab off to Detroit, without which it would have been impossible for him to arrive Detroit.

I can't believe all of this hysteria over this Richard Reid (2001) "shoe bomber" II copycat episode. He's arrested. Try him. Convict him. Put 'im in prison to rot away for the rest of his miserable life.

In the meantime, let's just get with the terms of coping with, and living in, the 21st Century. Republicans, and maybe the ACLU, are against full-body scanners at airports. But I'm not.