Tiger and Elin: It's Over

Tiger and Elin: It's Over 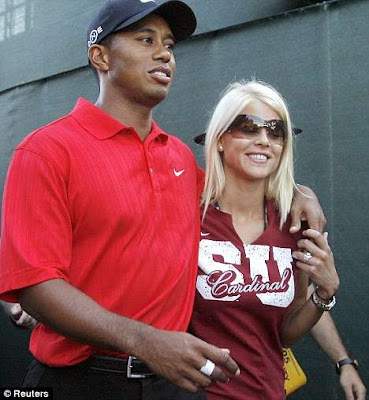 Tiger Woods' wife is to end their marriage and return to Sweden, it was reported today. Elin Nordegren is said to be in talks with divorce lawyers, but will only launch legal proceedings after Christmas for the sake of their two children. The latest blow to the scandal-hit golfer emerged as one of his alleged mistresses claimed they had sex on the night his beloved father died. 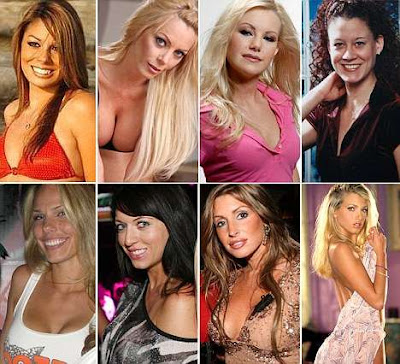 Elin Nordgren has reportedly spoken to lawyers about divorcing Woods and yesterday Woods’ main sponsor Gillette said it would be ‘limiting’ the role of the world’s richest sportsman.

The No.1 golfer, who on Friday finally admitted he had been unfaithful to his wife, faces claims he has slept with at least 11 other women during their five-year marriage. In the statement on Friday night he said he was taking an indefinite break from golf to focus on his marriage. But his sacrifice may be too little, too late.

Elin, 29, is said is said to be furious about the revelations and reportedly told him: ‘Don't talk to me, speak to your therapist! I don't want to see you!’ She now wants to spend Christmas in Sweden with Woods, 33, their two-year-old daughter Sam and ten-month-old son Charlie, it is claimed.

They will undergo a trial separation in the New Year, the News of the World reported. ‘Elin will pretend it's the usual family celebration for the children and then ditch the man,’ a source told the Sunday newspaper. ‘In the short-term they'll act like any other loving couple. Elin won't break it all up right away. ‘But she does need some time alone to herself and a legal separation will happen very quickly.’ Although, the couple plan to spend Christmas together, Elin is said to have moved herself and the children out of the marital home to a separate house 200 yards down the road in Windermere, Florida. 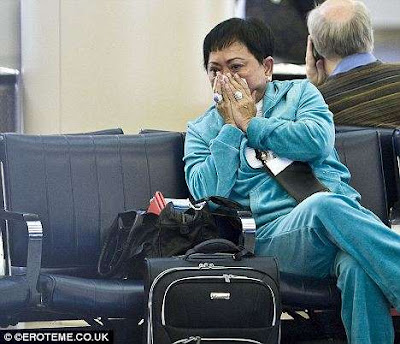 Kultida Woods, Tiger's Thai-born mother, was seen earlier this week preparing to leave Los Angeles airport. She is believed to have been on her way to see her son. 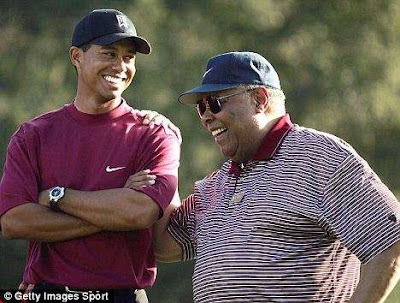 On Friday, photographs emerged showing a removal truck leaving the marital home packed with five or six large boxes. The big move across the world - to the new Faglaro mansion she's bought on an island near Stockholm will apparently come later.

Elin's reported plans emerged while the News of the World also claimed that Woods argued with his Swedish mother-in-law just minutes before she collapsed and was dramatically rushed into hospital last week. It has also been reported by the same paper that Woods is still in touch with his most recent mistress Rachel Uchitel. She is the VIP party hostess who allegedly sparked the domestic row two weeks ago that led to Woods crashing his car - flushing the whole scandal out into the open.

Another alleged mistress, Jamie Jungers, told the News of the World that they had sex hours before he learned his father had died of cancer. She claimed they were still in bed when Woods received the phone call telling him his father had passed away at the age of 74 in May, 2006. Deceased Earl had been described by Woods as ‘my best friend’.

On Friday night Woods admitted he was a love cheat as he announced he was taking an 'indefinite break' from golf. Speculation over Tiger's private life began after the bizarre car crash outside his house. The golfer was left unconscious and bleeding following the crash in which he hit a fire hydrant and a neighbour's tree following a reported 2am argument with Elin, a former Swedish model. Tiger and Elin, who were introduced by Swedish golfer Jesper Parnevik at the Open Championship in 2001, married in Barbados in October 2004.

Awh! What a shame! He really had it all going for him.

Good for him, he never qiute deserved her

Why did he have to admit publicly, he set himself up for the gold digger

Gold digger? It was the brat that humiliated her, I would take him to the cleaners if I had the chance. Well, at least now we know he has a another talent aside being able to flip a golf ball in straight line-whore bashing!

Tiger just went and broke my heart-he did!

I feel so sorry for Elin, she's a good woman. I wonder how long she had to put up with randy Tiger?

Its the right thing to do-split!

Tiger going to Sweden?
You can run Tiger, but you can't hide. Some online sports news sites, listed on Dozensports.com, say the world's best golf player could be moving to Sweden to escape the media glare. But if this happens he won't be able to escape the guilt of his actions. Anyway, isn't Sweden a country filed with beautiful blondes? Bad choice for a sex addict.