A new report has detailed how the Nigerian National Petroleum Corporation, NNPC, in cohort with major Swiss oil trading companies, is draining Nigeria of billions of dollars of revenue through the sale of crude oil below the market value.

The report, titled Swiss Traders’ Opaque Deals in Nigerian, released on Monday by Swiss non-governmental advocacy organization, the Berne Declaration, also described the schemes employed by Nigerian and foreign fuel importers, such as creating offshore subsidiaries referred to as “letterbox companies”, ship-to-ship transfer to create untraceable paperwork, payment of subsidy money to phantom and non-existing importers, and partnering with politically exposed fraudsters to defraud the country over $6.8 billion from 2009 and 2011. 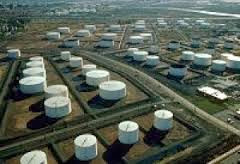 Berne Declaration describes the Nigerian oil scam as the greatest fraud Africa has ever known.

The report narrates the specific roles played by seven major oil marketers and fuel importers through their shell companies in Switzerland and notorious offshore tax haven, Bermuda, to deny Nigeria billions of naira in tax earnings.


NNPC opaque deals
Describing the NNPC as the “all-powerful,” the report says the government owned corporation “plays a significant role in maintaining the ‘resource curse.”
According to the report, oil, which makes up 58 per cent of Nigeria’s revenue, is not contributing to the country’s development as much as it should. The report blames the engrained poverty and inequalities in the country partly on the siphoning of the nation’s resources through the NNPC and other shady deals by fuel importers in collusion with foreigners, especially Swiss commodity trading firms.

Prominent among these shady deals are the partnership between the NNPC and two Geneva-based commodity trading firms, Vitol and Trafigura, registered in Bermuda.

Through NNPC partnership with Vitol (the largest oil trader in Switzerland) and Trafigura (the third largest) described as ‘operational and financial black boxes’ billions of Naira that should have accrued to the government are wired to Bermuda where the joint venture is established.
“In reality, the profit generated by these entities escapes State coffers, first, because no taxation in Bermuda is paid, since the tax on profits is zero,” the report stated.

“Vitol and Trafigura alone took respectively 13.44 % and 13.49 % of Nigerian crude oil exports in 2011 for a cumulative value of 6.7 billion dollars.”
More than 56 per cent of oil put up for sale by the NNPC in 2011 valued at $14.004 billion were sold to Swiss companies or Nigerian companies with “letterbox” subsidiaries in Switzerland.

The report shows how NNPC is cashing in on the disrepair of the country’s refineries to feed its fraudulent partnership with these oil dealers. Despite the fact that local refineries operate at less than 40 per cent capacity, the NNPC still allocates crude to them as if they were operating at full capacity. The excess allocations are then sold to Geneva-based companies or Nigerian oil marketers through their letterbox subsidiaries in Switzerland at knockdown prices or exchanged for refined petroleum products in shady swap contract.

“Nigeria is the only major producing country that sells 100% of its crude to private traders rather than market it itself and benefiting from the resulting added value. A number of beneficiaries of export allocations are nothing but letterbox companies whose sole merit is that they are linked to high-ranking political officials or their entourage,” the report stated, a view similar to that by a Nigerian government investigation team headed former anti-graft boss, Nuhu Ribadu.

The report suggested that Politically Exposed Persons (PEP) and their fronts are also cashing in on the absence of money laundering legislation in Switzerland to hide their loots. In fact, many of the “letterbox” subsidiaries may have been set up for that specific reason.

“Politically-linked holders of such letterboxes are known, in banking terminology, as ‘politically exposed persons’ (PEPs), towards whom any financial intermediary must exercise particular duties of due diligence by virtue of the law on money laundering in order to ensure the legality of the funds. In Switzerland traders are not subjected to such duties and have no obligation to question the credibility of their partners. This leaves them with full latitude to trade with such fake entities. But in Nigeria such entities represent a major part of the ‘market’,” the report explains.
Geneva, a haven for Nigerian Fraudsters

And always they lecture us about morals. Sanctimonious thieves!