Zionists In Africa; A trail of bloodletting on the Mother Continent (Part One; West and Central Africa) 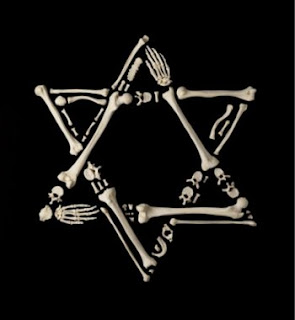 "Blacks are irrational animals who are below mankind but above monkeys."~~Moses Maimonides, Judaism’s most celebrated rabbinic sage

Nigeria as of late has been rocked by an unrelenting campaign of violent car bombings, including a horrific attack on Christmas Day, which the Zionist media blames on an Islamic group known throughout the capital of Abuja and other cities for its social services, Boko Haram.

Nigerian Muslims view the attacks as a means of instigating a religious war to divide the country on ethno-sectarian lines, as per one of the directives of “Yinon Africa,” and Nigerian Muslims also reject the idea that Boko Haram is behind the sophisticated attacks, saying it is far beyond their scope and antithetical to their agenda. They say that Boko Haram has become a “boogeyman” used by the Goodluck Jonathan regime to obtain Western grants.

It is not by luck of any sort that the bombings in Nigeria began right around the same time that the Jonathan regime brought in a team of Mossad and CIA operatives, overseen by “Israeli” Ambassador to Nigeria Moshe Ram, to probe (read: run) its security services. The Zionist entity is attempting to break up Nigeria using the same successful methods it used in Sudan and it couldn’t be any clearer.

“Israeli” activity has even been found as far as the tiny island state of Madagascar, where an “illegal commando unit” of Zionist mercenaries led by 60-year old Joseph Akiva from the illegal Jewish settlement of Netanya were involved in a savage crackdown that left dozens of protesters dead.

Akiva and his band of goons were suppressing rivals of former Madagascar President Marc Ravalomanana. Despite business interests on the Indian Ocean island involving construction, Akiva has been extradited back to occupied Palestine for his murderous criminal activity.

One of the most unknown examples of Zionist puppetry in Africa was “Emperor” of the Central African Republic, Jean-Bédel Bokassa. The closest friend of the megalomaniacal Bokassa was one of the usurping Jewish entity’s “famous generals,” General Shmuel Gonen-Gorodish. The “Israeli” general, in addition to his military and security advice, built up the public relations of Bokassa throughout the globe. Gonen-Gorodish also embezzled large amounts of taxes and customs from the state treasury.

Though their relationship didn’t last long, when a military coup ousted Bokassa from power, Gonen-Gorodish helped him flee to the Ivory Coast, where, ironically enough, the luxury hotels, palaces of the rulers and monopolistic companies were all built with the close assistance of the private firms and racist Histadrut of the Zionist entity.

The coastal West African nation of Sierra Leone has been pillaged by some of the most vile elements of International Jewry. From the Brooklyn neighborhood of Brighton Beach, the small, troubled and diamond-rich Sierra Leone was “virtually run” by Marat Balagula, the Ukranian-Jewish mob boss of the most powerful criminal organization on earth, the Red Mafiya.

Sierra Leone’s president, Joseph Momoh, didn’t have any problem with the Jewish syndicate setting up global smuggling and money laundering operations in Freetown because Balagula’s associates, in return, bankrolled Momoh’s 1985 presidential campaign. The Jewish ultra-gangster’s main contact in Sierra Leone was a Mossad agent named Shabtai Kalmanovitch, who trained Momoh’s presidential guard and assisted in the crushing of an attempted coup in 1986.

Balagula and Kalmanovitch were introduced by Rabbi Ronald Greenwald, a front man for the interests of Marc Rich, the famous billionaire Jewish criminal pardoned by Bill Clinton. This revelation shows a clear nexus between the “Israeli” entity and organized crime, united in the ancient Jewish hatred of the Black man, working together for the furtherance of Jewish interests.

In the Congo, where a catastrophic genocide has been occurring since 1996, in which up to 10 million people have died at a maddening rate of 1,500 a day, the profiteers of this downright insidious humanitarian disaster are almost exclusively Jewish and intimately linked to the larger network of international Zionism that has been responsible for every major conflict of the last century. 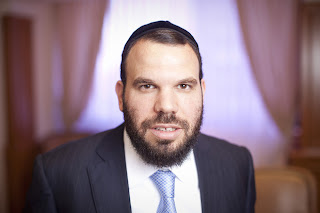 Gertler
Led by Dan Gertler, the grandson of Moshe Schnitzer, an Irgun terrorist known throughout the Zionist entity as “Mr. Diamond” and for founding the “Israel” Diamond Exchange in Tel Aviv in 1960, which today brings the usurping regime $14 billion annually in blood business, there is a Jewish-Zionist network in the Congo so interlocked, so powerful and so domineering, that it can truly make one’s head spin.

Gertler, a member of the influential Chabad Lubavitch supremacist gangster cult and guided by Rabbi Chaim Yaakov Leibovitch, is in bed with Jewish diamond dynasties that include the families of Templesman, Oppenheimer, Mendell, Blattner, Hertzov and Steinmetz, his main partner.

The Chabadnik criminal bought off the Congolese government in exchange for high-level “Israeli” defense and intelligence assistance. The endeavors of Gertler and Benny Steinmetz, one of the richest Jews in the Zionist entity, have proliferated and today, they have a monopoly over Congo’s diamonds, a dominant stake in Congo’s copper and the largest cobalt-mining company in the world.

All of this blood money ties into Jewish organized crime, “Israeli” arms dealers, multiple influential Chabad houses and the Zionist occupation itself, all the way up to Netanyahu’s office. Gertler, a Jewish supremacist of the highest order, revels in sucking the Congo’s blood and he’s so sadistically thirsty for it, he just won’t stop his criminality until there is nothing left but millions more dead.

Thomas Sankara was nothing short of remarkable. His extraordinary and pristine life came to an end on October 15th, 1987, when he was overthrown and executed in a coup d’état by incumbent Burkinabé president, Blaise Compaoré. It has been known, for quite some time, rather indisputably in all actuality, that French intelligence and the CIA aided the coup, but there is yet another player that isn’t discussed.

Not only has the usurping Zionist entity’s Foreign Affairs Ministry described Burkina Faso as “one of Israel’s most loyal friends in Africa,” but Blaise Compaoré is an honorary member of The International Raoul Wallenberg Foundation, a known front for the usurping Jewish regime’s Mossad in which Yosef A. Maiman, the aforesaid Mossad agent who runs the Merhav Group of Israel consortium that is currently targeting Somalia, sits on the Board of Directors.

The International Raoul Wallenberg Foundation was founded by Argentine Jewish supremacist Baruch Tenembaum, a devoted Talmudist, Kabbalist and Zionist who made it his life’s work to undermine Christianity.

The fact that Compaoré belongs to such an organization is damning; he is a Mossad asset and has been one from the moment that he sold his soul and Burkina Faso to the enemies of Thomas Sankara. Moreover, in a startling admission from former French Foreign Minister Roland Dumas, it is now known that French intelligence is compromised and has been so for some time; the Zionist entity controls it. This is yet another damning piece of evidence that Thomas Sankara was indeed a martyr made so by Zionism.

The widow of Sankara, Mariam, declared with her head held high, “What remains above all of my husband is his integrity.” And just one week before Mossad asset Compaoré led the coup against him which would result in his untimely death at the tender age of 36, Thomas would famously state, “While revolutionaries as individuals can be murdered, you cannot kill ideas .” Indeed again.

The ideas of Thomas Sankara have not died; they are more alive now than ever before, in the hearts of the Islamic Resistance of Somalia and the Libyan Green Resistance fighting Zionist-designed occupations of their ravaged homelands, and in the streets of Tunisia, Egypt and Morocco, fighting counter-revolution and repressive, pro-Israel dictatorships.

What the people of Africa, Black and Arab, Christian and Muslim, and everything in between, must know, is that the Zionist entity, inspired by a primordial Jewish supremacist ideology, has no interest in your land except to exploit it, and exploit you. Zionism is a cancer that infests, infects and destroys everything in its path. But like any other cancer, it can be counteracted and cut out, so it never returns.

These people have finished Africa, we shall never know peace. Where is the future of our children in this world?

I have never seen such unbridled greed backed by Western powers for the extermination of those who have never caused them any harm.

I weep for the Mother Continent, I cry for my beloved Africa even as I mourn my children alive. Something has to give... only God knows in His chosen hour.

I'm speechless and ashamed to be who I am. My heart is belabored. Sad, very sad.