ICC: A maze of contradiction and selective justice.

ICC: A maze of contradiction and selective justice. 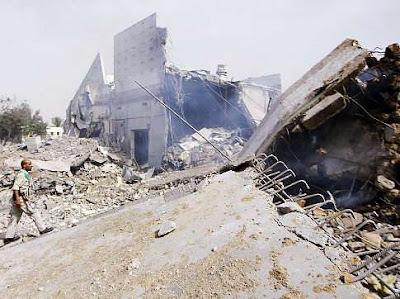 Being the legal statement in respect of the ICC position on Col. Qadhafi and Libya
by Themba Benedict Langa, Acting as counsel to and on behalf of Muammar Qadhafi, Saif Al Islam Qadhafi and Abdullah Al Senussi, and FABIO MARIA GALIANI, Legal Adviser, Member of the Defence Team.

3. There is no doubt that in terms of the ICC Statute the UN SC has the power to refer a “situation” to the ICC, however, that does not entitle the UN SC to arrogate themselves powers that they fancy and to even undermine and violate the ICC Statute. In other words, by issuing the warrants of arrest the ICC has complacently misled the world about its penchant to take the law into its own hands as the ICC has no jurisdiction over Libya and the UN SC does not have the competency to grant the ICC ‘powers’ over Libya as the rule of customary international law states that the Rome Treaty cannot apply to States, such as Libya, that are not signatories thereto.

4. The ICC investigation was opened in a very short period of time compared to the other situations. In other situations, even much less complicated, the Prosecutor took much more time to decide if to open an investigation or not under at.53, ICC Statute:· Afghanistan, under valuation since 2007;

Regarding the investigations already opened by the ICC Prosecutor,

Regarding the situation in Libya, the Prosecutor took 3 days to decide to open an investigation (in such time he had to consider all the information he had, the jurisdiction, the admissibility and the interests of justice). In just 5 days the ICC Prosecutor already indicated the names of the persons under investigation.

5. This is extraordinary given that the referral by the UN SC violates the ICC Statute. This goes to show that the ICC Prosecutor is absolutely not independent. The ICC did not show to be independent and impartial in this matter. For example, one of the judges of the Pre-Trial Chamber I, Mr. Cuno Tarfusser, recently made statements to the Italian media on the situation in Libya which indicated that the ICC is not impartial.

6. Now that the ICC has issued its illegitimate warrants, we expect NATO to stop their bombings and to also abandon its threat to kill Colonel Qadhafi and allow the ICC disputed process to take course. Failing which, it would mean that the ICC is not recognized and respected by NATO itself. Furthermore, NATO should immediately announce a ceasefire to guarantee the safety of the legitimate Libyan Leader, Colonel Qadhafi and other representatives and officials of the Libyan Arab Jamahiriya to exercise their right to defend themselves in a fair tribunal.

7. We have good reasons to believe that the case against our client is found on the desperation to have access to the rich oil resources and not any legal ground as NATO should account on the destruction of Libyan infrastructure, killing of innocent civilians, women and children as well as the deprivation of access to basic necessities, including baby food.

One thing is for sure, the ICC's rep is in tatters. I bet they won't be arresting anyone soon without a really good fight.

how are the 'mighty' fools fallen?

Dutroux at the Hague said...

Isn't it ironic that it took the guts of a desert 'madman' to bring blistering lunatics and perverts down? Is it any wonder that the Hague is the world's capital for pedophilia? It'd seem to be no mistake that the evil cult called the ICC found a home there, they suit one another perfectly.